The Story Analyst: Character vs. The Moment

Believable characters work in a kind of inviolable synchronicity with story itself. Sometimes character is more important than almost any other part of the story, like Raskolnikov in Dostoevsky’s Crime and Punishment. Other times, as in much genre or pulp fiction, characters are little more than lightly sketched catalysts for the story’s unfolding details.

So what makes a character credible?

Whether you’re writing cardboard characters or hanging a literary skin on a complex psychological, emotional, intellectual, and experiential scaffolding, there must still be something true about them for the reader. The best opportunities to use character to create energy and momentum for a story is through moments of decision or crisis. Growth – or lack of it – should not only enrich the story’s path, but also solidify the reader’s trust even when they hate what the character does. A reader who throws a book down and screams, “That would never happen!” is very different from one who screams, “That’s not what I expected to happen!” As a writer you want to aim for taking characters in a direction that both works for the story and takes the reader by surprise.

Here’s a great example. Apologies to those who are not Walking Dead fans. Also condolences. Truly. The following scene hails from the Season 5 premiere, and it depicts the moment when Carol and Daryl reunite after a long separation brought about when Rick, the de facto leader of our merry band of survivors, expelled Carol from the group when she broke the only rule that safeguarded their humanity: she killed the living who were not an immediate threat to personal or group safety.

Now, Carol and Daryl were developing a romantic relationship when all this happened. This scene nakedly exposes how they feel about each other. But it also reveals so much more.

In this scene the two are drawn like magnets, running into each others’ arms with almost childlike abandon. Daryl, self-styled white trash, tough guy, bad boy, bites back a big gut sob just having her in his arms. He steps back, hesitant, like a little boy who doesn’t know where to put such big emotions, but the best he can do is drop his head against her shoulder and let her hold him. It’s almost mother/son-ish.

But why doesn’t Daryl kiss her? Why doesn’t she kiss him? Glenn and Maggie would have (kissed each other, that is). I mean, Carol salvaged Daryl’s crossbow (sniff) and brought it to him. His crossbow, people. Sniff. If that’s not love, what is? That’s how gals like Carol roll, right? 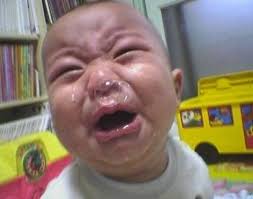 Should they have kissed? What would it mean if the writers had given them that “first” in this scene? Sure, it would have pandered to a moment of high emotion, and to the viewers’ desire to see these two find something beautiful in each other in such an awful world, but it would have done nothing to reflect or explore – or further – character. Nor would it have served as a social commentary about the world before and after zombification.

It reveals so much more about who these people are and their social conditioning to have not kissed. Obvious is that the feelings these two have for each other are singular, and belong only to them and between them, but the missing kiss suggests that while they clearly have cared about each other, the blush might be off this rose. Maybe Carol and Tyrese bonded just enough to make her doubt her feelings for Daryl. Maybe what Daryl experienced with Beth on the run, then losing her the way he did, hurt more deeply than it appeared.

There’s a wall up between them. That much is clear.

Let’s take it up a notch. The moment reveals some residual resentment or reticence after having been ex-communicated and left to fend for herself. Who knows what she experienced out there on her own? Carol’s doubt about her acceptance by the group and by Daryl could also be implied. Don’t forget that Carol was in an abusive marriage before the swine Ed got what he deserved: a zombie to the jugular and a few well deserved blows to the brain stem delivered by Carol. Carol’s whole past with men is in that not-kiss. It is not easy for abused women to trust – not men, yes, but they don’t trust their feelings or their gut instinct either. How could Carol physically give herself over to any man after Ed, but more importantly how can she trust her attraction to someone who, for all intents and purposes, is (was?) a whole nuther level of human scum who shared a bloodline with the likes of Merle?

Oh, we all love Daryl but let’s face it, he’s not exactly the kind of fella a well-bred lady would take home to meet the folks, even if there aren’t any folks left to care about social niceties. In that not-kiss moment Carol probably went with her primal attraction and ran to him, then thought, “Carol, what are you doing? Sure, he’s hot but do you really see yourself scrubbing out the skidmarks in his gotchies while he gets pig-eyed over a barrel of rotgut? Didn’t you learn your lesson from Ed?”

The not-kiss also reveals Daryl’s inability to accept himself yet as part of this society – one made up of the same types of people who wouldn’t have even made eye contact with him in the before-time. Maybe he even picks up on Carol’s hesitation or doubt. Right now, in this moment in all its raw emotion, Daryl’s pre-zombie identity is painfully still very much in play. It’s what impels him to move aside despite his feelings and his need for Carol, to make way for Rick. Who, by the way, made the high-handed executive decision behind everyone’s backs to exile Carol to begin with. Daryl’s before-self is still holding him back from allowing love, friendship, passion, romance – and even the brotherhood that Rick proclaimed last season. He steps aside because he knows he’s not Rick’s brother, not his equal. Not anyone’s equal. That’s the Daryl who didn’t matter to anyone peeking through. When he’s killing walkers there is a sense of simpatico between Daryl’s former self and his survivor self. But what is Daryl in love? What is Daryl with love?

In one curious omission during a critical scene – the lack of a kiss – who Daryl and Carol were, who they are, and who they’re becoming – are all exposed in one shot. That’s credible character development.

Not kissing means that viewers have something to anticipate. A kiss would have left no room for guessing. Maybe it will still be a private moment between them later on, and in nine months baby Judith will have an ersatz brother or sister. Or it could mean the dissolution of their relationship because Daryl will realize he has to keep his walls up if he wants to survive.

That’s how writers can create moments that are not just true for character, but sizzling with potential, all without compromising the credibility that readers and viewers depend upon in good storytelling.

Create moments like this in your writing, and you will have readers kissing your hand. Or not.

This site uses Akismet to reduce spam. Learn how your comment data is processed.